Today I wanted to share with you the Piano Concerto in A Minor by Norwegian composer Edward Grieg, the only piano concerto he wrote (here is a link).  It is…

Today I wanted to share with you the Piano Concerto in A Minor by Norwegian composer Edward Grieg, the only piano concerto he wrote (here is a link).  It is one of those concertos that you have to listen to with eyes closed.  (That is why I am including it at the bottom of my article, not above). 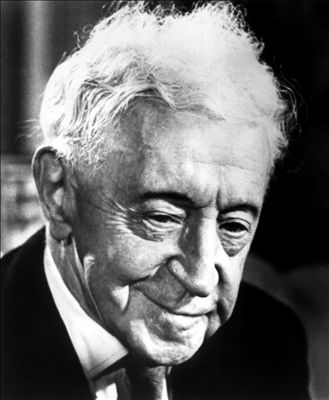 I was going to write about Edward Grieg, but then I stumbled on Arthur Rubenstein’s performance of this piano concerto (he was 88 when he performed it), and then started reading about Rubenstein and found a wonderful obituary of Rubenstein from the NY Times in 1982.  There are a lot of great gems in it, so I’ll quote liberally from it.

Also, you can watch a great interview with him when he was 90.  In this interview he talks about Grieg’s piano concerto (see minute 8).  When he studied in Germany in the early 20th century, “Grieg was considered a small fry … he was looked down upon.”  When Rubenstein came to the United States, he was asked to play the  “great Grieg concerto”.  His wife made him learn it. It took him three days, and then he recorded it.  He had Sergey Rachmaninoff at his house, and he remarked that Grieg’s piano concerto was the best concerto ever written.

“It is said of me that when I was young I divided my time impartially among wine, women and song. I deny this categorically. Ninety percent of my interests were women.”…

”What good are vitamins?” Mr. Rubinstein demanded when he was asked, at the age of 75, to explain his youthful vivacity and fire. ”Eat a lobster, eat a pound of caviar – live! If you are in love with a beautiful blonde with an empty face and no brains at all, don’t be afraid. Marry her! Live!”…

Practice for its own sake, however, was not Rubinstein’s notion of how to extract music from the printed notes. ”I was born very, very lazy and I don’t always practice very long,” he said once. ”But I must say, in my defense, that it is not so good, in a musical way, to overpractice. When you do, the music seems to come out of your pocket. If you play with a feeling of ‘Oh, I know this,’ you play without that little drop of fresh blood that is necessary – and the audience feels it.”

”At every concert I leave a lot to the moment. I must have the unexpected, the unforeseen. I want to risk, to dare. I want to be surprised by what comes out. I want to enjoy it more than the audience. That way the music can bloom anew. It’s like making love. The act is always the same, but each time it’s different.”

I can relate to the last paragraph.  I used to teach a graduate investment class at the University of Colorado.  After my first year teaching I stopped preparing for lectures.  I’d spend 20 minutes before the class thinking about what I wanted to talk about, and that was it.  That way, every time I taught I discovered something new for myself.

People like Warren Buffett and Arthur Rubenstein show us that it is always possible to become better at something you’ve been doing all your life.

[H]e recorded the Schumann ”Carnaval” at 65; and when he recorded the piece 10 years later ”there was no question but that it was a better performance,” in the opinion of Harold C. Schonberg, then The New York Times music critic.

“His colleagues consider him a miracle, geriatric experts mumble when they talk about him and nobody will put up much of an argument when he is called the greatest living pianist,” Mr. Schonberg wrote on Rubinstein’s 75th birthday….

One of his stories concerned the time he and Albert Einstein played a violin and piano sonata. The physicist missed a cue in one passage and came in four beats late. They started again, and once more Einstein missed the cue. Rubinstein turned to his partner in mock exasperation and exclaimed ”For God’s sakes, professor can’t you even count up to four?”

Nokia Deal Could Mark the Last Chapter for Microsoft